Assembled lens products, such as objective lens and microscope, have been used several pieces of the bonded lens. The bonding of the lens will be mostly manufactured in a UV-curable adhesive. Lens that is coated with adhesive is cured by the UV lamp after repeated adjustment and confirmation of the eccentricity using the centering microscope. However, the state of the eccentricity is changed under the influence of shrinkage when the adhesive is cured. In anticipation of the impact of the curing effect, the skilled person is conducting the work of curing and adjustment.

By using a lens with less aberrations and well adjusted, light emitted from a point is focused to one point. Therefore, if you observe a small pinhole, it looks to become a perfect point image. On the other hand, you c an see the shape of the point image is lost in the lens of poor adjustment . The assembling technicians have conducted adjustment while observing the point image, so as to become a single point. By comparison the lens design data and transmitted wave front of the lens measured with interferometer, it is possible to make a plan of adjustment： how much and which part of the lens has to be adjusted. By using an interferometer, it is possible to perform an exact adjustment target and more quantified as an aberration coefficient adjustment. 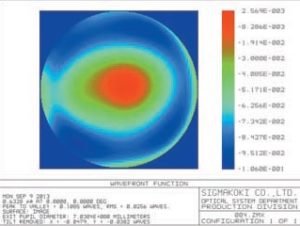 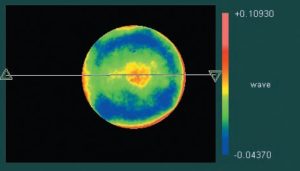 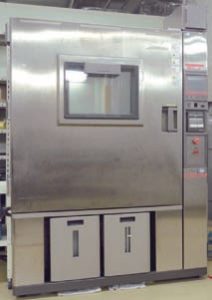 When using the multi-element lens product, a various environmental load will impact on it. It has been conducting environmental testing variously on demand to demonstrate the performance of the prescribed even when
the load is applied.
［Temperature］ Changes in temperature cause expansion and contraction of the material, which results in the stressing load to the pro duct. Even in such conditions, in order to guarantee the performance, it is made the measurement of the transmitted wavefront at various temperature environment.
［Transport (vibration / drop)］ In addition to the load due to vibration,
transportation of the product involves a risk of falling. To ensure proper
performance after transport, we make the vibration and dropping test in
packaged condition in advance.

Please contact us if you need more assistance or advice

Tips to protect yourself 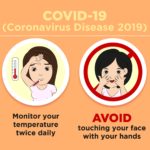 We will get through this !

Join our team in Singapore 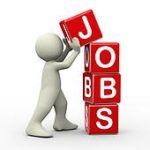